New papers, under the scope of the BigHPC project, presented at the annual Middleware Conference

“CAT: Content-Aware Tracing and Analysis for Distributed Systems” and “Pods-as-Volumes: Effortlessly Integrating Storage Systems and Middleware into Kubernetes” are the name of the new papers presented at the annual ACM/IFIP Middleware 2021.

The first paper presents CaT, a non-intrusive content-aware tracing and analysis framework that is able to comprehensively trace and correlate the flow of network and storage requests from applications, through a novel similarity-based approach.

According to Tânia Esteves “the biggest contribution of CaT is capturing and analyzing not only the context of an event (ie: event type, date/time they occurred, arguments, etc), but also the data that is being processed by it (such as data to be read from a file or data to be transmitted, via socket, from one component to another).” Thus, CaT is able to calculate the similarity between data from different events, allowing the detection of data flow patterns that are not visible when inspecting only the context of events.

Results show that the CaT prototype is a useful tool that can be used for several purposes such as helping programmers develop new protocols by verifying that the system is acting accordingly, observing the data flow and the I/O access patterns of an opaque system or even detecting data corruptions. The experimental evaluation described on the paper and conducted by Tânia Esteves, Francisco Neves, Rui Oliveira and João Paulo, shows that CaT can improve the analysis of distributed systems.

“CAT: Content-Aware Tracing and Analysis for Distributed Systems” was presented at the annual ACM/IFIP Middleware 2021. This conference is a forum focused on discussing innovations and recent scientific advances of middleware systems.

The paper entitled “Pods-as-Volumes: Effortlessly Integrating Storage Systems and Middleware into Kubernetes” was also accepted and presented at the 7th International Workshop on Container Technologies and Container Clouds (WoC’21), which was held on December 6 and collocated with Middleware’21.

This paper was written by Alberto Faria, Ricardo Macedo and João Paulo, from INESC TEC, and presents Pods-as-Volumes (PaV), a Kubernetes plugin that simplifies the implementation of storage volume provisioners by allowing all logic underlying the lifecycle and behavior of volumes to be specified as pod templates, which are then instantiated as needed to create, delete, and expose volumes to applications. 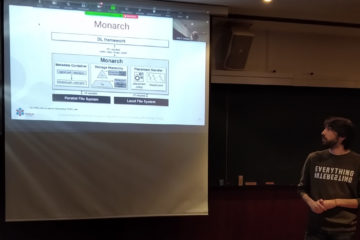 ‘Accelerating Deep Learning Training Through Transparent Storage Tiering’ is the title of the new paper presented at the 22nd IEEE International Symposium on Cluster, Cloud and Internet Computing (CCGrid 22). This paper was made by Read more… 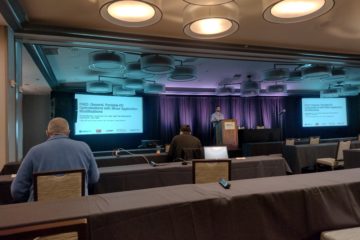 The work developed by researchers from the BigHPC project, João Paulo and Ricardo Macedo (INESC TEC), and Vijay Chidambaram (UT Austin), aims at ensuring that supercomputers users can carry out scientific studies — in fields Read more… 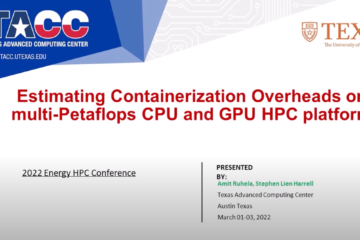